by timpootle
Come the revolution, there will be charging bays in every supermarket, cinema and service station in the country. But how will we know where it is when we arrive at the car-park?

The only precedent I know about is Cribbs Causeway in Bristol. Where did this symbol appear from? How does one go about establishing a convention?

I can remember Janet Trewin on Top Gear in about 1986 showing us the new-fangled speed camera sign we have come to know and love. Who designed that?

I know I should be devoting my energies to getting the charging pionts in place, but I'll save that for another thread.

Incidentally, can we have a charging topic in the forum index? Should we?
by timpootle
Answering my own post, but I still need more info. 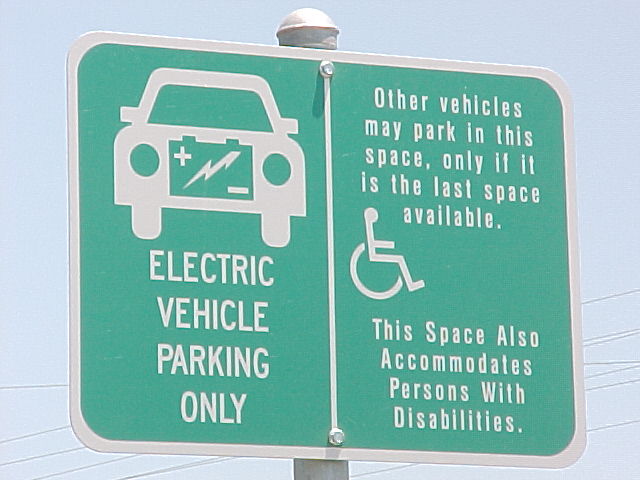 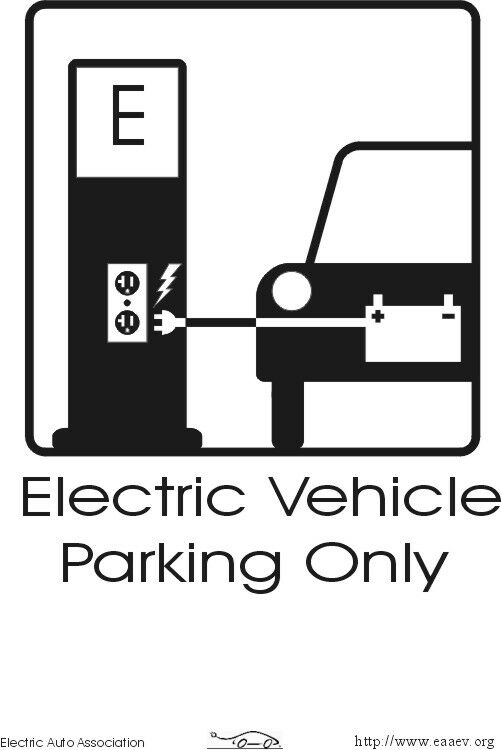 (more photos on the webpage, but they're mostly boring text only. Click on photos to get there)

So- can we have a standard, please?
by ChrisB
Must admit I quite like the French one I spotted while I was in Paris

ChrisB
by anachrocomputer
There's a clearer shot of the Cribbs Causeway sign here:

It's painted on the floor, and getting a bit tatty now, after about a year.
by timpootle
Another symbol, in use at the Potteries shopping centre in Stoke-on-Trent by qdos
I like the potteries one too it's very obvious what the sign means where as some of the others are well rather fussy or artistic interpretations lets say
by MB
I've been looking into these public charging points in more detail over the past few days.

The problem I have with the current generation of charging points is that they max out at 13amps at most sites - with 16amps available in a very few places.

The new generation of batteries can accept a much higher charge, however. Also, the current charging network means that commercial vehicles with much larger batteries are effectively locked out.

Some of the brand new vehicles available can accept an 80% recharge in 10-20 minutes - assuming the power supply is sufficient. 13amps isn't quite going to be enough!

We need to start thinking about the next generation of charging points - what they look like, how they'll work, the safety aspects and so on.
by ChrisB
I tend to agree with you Mike , but the whole electric vehicle thing still a relative new conception for most folks

Just the fact centers are begining to install points and have parking areas for EV's I think is a major thing.
Yes sadly I can see there will become a time that even though you'll have a parking space you wont be able to charge or you will have to charge at a reduced rate will happen lets atleast be grateful the planners are sitting up and taking notice

ChrisB
by qdos
Good topic to bring up at the AGM maybe as this is the sort of thing the BVS should be spending their time on instead of nitty gritty about publishing times in journals.

I propose we raise it at the AGM when it finally happens and maybe have a discussion on it at Stoneliegh on 4th May?
All times are UTC
Page 1 of 2
Powered by phpBB® Forum Software © phpBB Limited
https://www.phpbb.com/